Digital Gate
Into the Future
Latest Digi-News
Coming Up / releases

Gennai's Crash Course
Digimon for Newbies
What's Digimon?
What are Digimon?
The Digimon Story
Digimon Characters
How To Bluff it with Style

There were originally 7 seasons of Digimon planned. For several weeks rumours were flying around the Internet about the content of the 5th and 6th seasons. Then Toei announced that they would not make any more Digimon seasons, due to lack of interest in Frontier. One of the reasons behind this "lack of interest" was the fact that Disney purchased the US rights to Frontier and aired it on a pay TV channel that not many people have.

Even though Toei has said that there won't be any more Digimon, fans all over the world have not lost hope. They have set up a petition to make another season of Digimon, and thousands of people have already signed. Toei has not completely ruled out another season, so keep your fingers crossed! There are now rumours that season 5 is in production, but since the rumours also say that there are 125 episodes in the season I'm disinclined to believe them. (54 episodes, which there were in season 1, is already considered pretty long for an Anime season - most Animes (at least for adults) cut off around the 25-30 mark.) 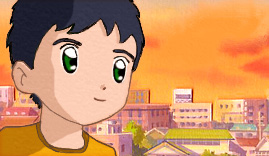 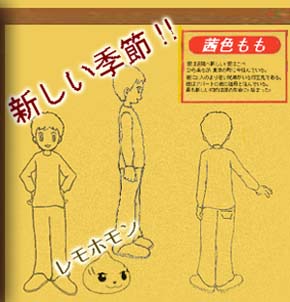 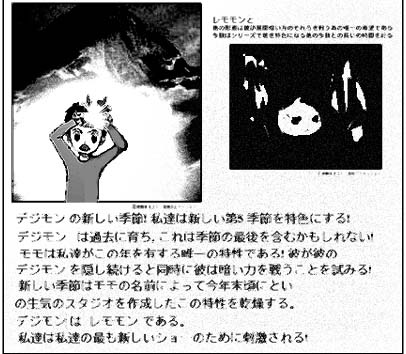 Style Switcher
Choose your layout
Release Dates
Yo, say when?
Nothing much as far as I know. D: